Acting for the Screen

In the Acting for Screen Module, we offer an innovative collaboration between Theatre and Film that not only prepares actors for the particularities of working with one another in front of a camera rather than for an audience, but integrates performers into a total filmmaking practice that includes understanding of camera, sound and editing. We believe the best preparation as an artist is to experience enough of the whole process to be a full collaborator in film storytelling, but we also know that in today’s market, the best professional training must give actors the tools to present themselves to the world, whether by shooting your own audition videos, editing your reel of scenes from past work, or directing short films and web content as your own best showcase. Our program offers a range of interdisciplinary approaches to screen performance from among a range of academic programs so as to best tailor the experience to your particular strengths as a craftsperson, as well as preparation for the business of acting, to begin your work as a professional.

Acting for the Screen Course Requirements

A further refinement of the professional reel completed in the Diagnostic Scene Study will be presented alongside a professional resume and a 5-7 page paper treating the student’s experience and development of skills and goals as an artist in courses, extracurricular, and co-curricular work. 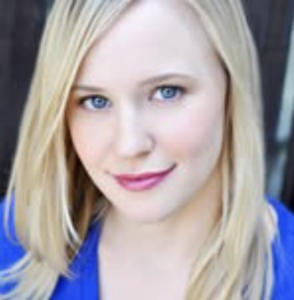 Kelly O’Sullivan’s theatre credits include Bruise Easy, The Humans, Columbinus, and The Dark at the Top of the Stairs (American Theater Company- Ensemble member), This is Modern Art, The Internationalist, Honest, Good Boys and True, The Crucible, and 100 Saints You Should Know (Steppenwolf Theatre), The Seagull (Goodman Theatre), Bad Jews (Theatre Wit), Hesperia (Writers Theatre), My Wonderful Day– Barrymore Award nomination for Outstanding Supporting Actress in a Play (The Wilma Theatre), The Lieutenant of Inishmore (Northlight Theatre), Jon and Sketchbook 7 (Collaboraction), The Glory of Living (Profiles Theatre), and Mr. Marmalade– Joseph Jefferson Nomination for Principal Actress in a Play (Dog & Pony Theatre). She has acted at the Pacific Playwrights Festival and the Ojai Playwrights Conference. TV: The Mob Doctor, Battleground, the character “Voodoo” on Sirens, and The History of Us pilot for CBS. Film: In Memoriam, Jessica, Sleep With Me, and Henry Gamble’s Birthday Party. Kelly is a graduate of Northwestern University, The School at Steppenwolf, and a recipient of a Princess Grace Fellowship Award for Theatre.

Marina plays ‘Burgess’ in her series regular role in Dick Wolf’s “Chicago P.D.” She has crossed over several times to “Chicago Fire”, “Chicago Med”, and “Chicago Justice”. Marina spent time working in the New York theatre, winning awards for her work playing Judy Holliday, as well as on Broadway.  She first gained attention in television for her recurring roles in both “Gossip Girl” and then as a Russian spy in “The Americans”. She has spent her “Chicago PD” hiatuses over the past two years working in the film world.  She will be seen in the independent horror film “Central Park” and “Marshall”, starring Chadwick Boseman and directed by Reginald Hudlin, in which she plays Josh Gad’s wife in the story of Thurgood Marshall.  She also wrote, acted and produced a web series called, Special Skills, which can be seen here: http://thespecialskillsshow.com/ Special Skills recently won “Best Web Series” at the Laugh Out Loud’s comedy festival in Montreal. As a result, Marina and her writing partner, got a writing deal with Kevin Hart’s new network, LOL, and Lionsgate. 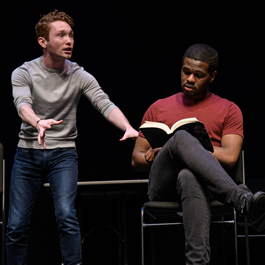 This module is open to both Radio/Television/Film and Theater majors.

From sophomore year onward, students may enroll in the module upon completion of the prerequisites and Intro to Acting for Screen.