The Theatre for Young Audiences (TYA) module exists to support you in the exploration of this vibrant and growing area of study. Recognizing that the arts are a vital component of the education of every young person, the TYA module allows you to heighten the synergy between active student groups (e.g. Purple Crayon Players, Griffin’s Tale), the nationally-renowned drama education community in Evanston (School District 65), the professional TYA companies in Chicago (e.g. Chicago Children’s Theatre, Adventure Stage Chicago, Child’s Play, Barrel of Monkeys, etc.), the production work in the Theatre and Interpretation Center (including our Imagine U programs), the rich archival resources in NU’s library, and the dynamic coursework offered through the School of Communication. Currently, NU graduates are working in the field as artistic directors, performers, writers, teaching artists, education directors, arts advocates, and drama specialists; in addition they are placed in the field’s top graduate programs in the country—including Harvard, New York University, the University of Texas at Austin, and Arizona State University. This module provides a concentrated study for a cohort of supportive learners with shared enthusiasm for theatre and young people; it culminates in a capstone designed to support you as you crystallize your learning and present yourself to the field.

Opportunities for application and practice on campus:

Opportunities for projects, practica, and internships off campus:

The Capstone for this module should include (but not be restricted to) the following components:

Tom Arvetis is the Founder and Producing Artistic Director of Adventure Stage Chicago at the Northwestern Settlement, a social service agency serving Chicago’s West Town community for 125 years. As an artist, Tom is a writer/director whose work investigates the themes of identity, family and community.  He has written four plays: I Dream in Blues, Walk Two Moons (published by Dramatic Publishing-AATE Distinguished Play of 2013), Spark: Chapter One of the Prometheus Project and Sight Unseen: Chapter Two of the Prometheus Project.  Directing credits include: Augusta and Noble by Carlos Murillo (world premiere), Six Stories Tall by Marco Ramirez (Midwest premiere and national tour), 500 Clown: Trapped (national tour), And A Child Shall Lead by Michael Slade, Katrina: The Girl Who Wanted Her Name Back by Jason Tremblay (New Visions/New Voices at the John F. Kennedy Center for the Performing Arts; world premiere), Dragon/Sky by Elizabeth Wong (workshop), The Blue House by José Cruz Gonzáles (world premiere), I Dream in Blues (world premiere), A Woman Called Truth by Sandra Fenichel Asher, The Search for Odysseus by Charles Way (Midwest premiere), The City Wears a Slouch Hat by Kenneth Patchen (stage premiere). In 2013, Tom received the Orlin Corey Award for Artistic Excellence from AATE.  Tom’s commitment to arts education has nurtured a national partnership between Adventure Stage Chicago and the Children’s Theater Company (Minneapolis, MN) and resulted in the implementation of CTC’s Neighborhood Bridges classroom residency program in Chicago.  With a focus on critical literacy and storytelling, this innovative and in-depth experience is empowering Chicago students to become the storytellers of their own lives.  Tom was a member of AATE’s first Theater Leadership Institute in 2007, an Ann Shaw Fellow with Assitej/USA in 2009 and twice a finalist for a Chicago Community Trust Fellowship.  He is an adjunct lecturer at Northwestern University and his projects have  been supported by the National Endowment for the Arts and the Doris Duke Foundation.

Adam graduated from Northwestern University with his Master of Fina Arts in Directing in 2003 and is the Artistic Director of the Children’s Theatre of Charlotte – recipient of the 2016 Harold Oaks Award. While in Charlotte Adam has nurtured several major projects including the commissioning of José Cruz González to create The Magic Kite. This was a community project adapting the art of Rosalia Torres-Weiner into a play dealing with the impact of deportation of a mother or father on the children left behind. The Second Story Project is a partnership with Actor’s Theatre of Charlotte commissioning Steven Dietz to write two interconnected plays. These will be simultaneously produced by the two companies in the 2018-2019 season. Currently Adam is working on The Kindness Project in which the Children’s Theatre of Charlotte has committed to adapt three books into plays that all focus on the theme of being kind. Adam’s directing credits in Charlotte include: Ella’s Big Chance (world premiere – Joan Cushing), The Magic Kite (world premiere – José Cruz González), The Reluctant Dragon, The Best Christmas Pageant Ever the musical (world premiere – Jahnna Beecham and Malcolm Hillgartner), The Cat in the Hat, and The Miraculous Journey of Edward Tulane. Adam has participated in the International Directing Symposium hosted by LaMama Theatre in Umbria, Italy, the National Advanced Stage Combat Workshop hosted by the Society of American Fight Directors, ASSITEJ’s One Theatre World and the ASSITEJ International Directing Symposium in Stuttgart, Germany, and is a recipient of the ASSITEJ/USA Ann Shaw Fellowship. Most recently he was invited to participate in the International Children’s Theatre Forum hosted by ASSITEJ/China and the China National Theatre for Children. Adam is the very proud father of Wesley (age 12) and Seth (age 8).

Stephanie D’Abruzzo (C 93) is a Tony and Drama Desk nominated actress, best known for her work in the original company of Avenue Q. She has graced the stage on, off and off-off-Broadway, and has performed in countless readings, workshops, concerts, cabarets and benefits in venues like the Town Hall, Carnegie Hall, and the Hollywood Bowl. She began freelancing with the Jim Henson Company as a Muppet Performer in 1993. Since then, she has performed more than 400 puppet/animated characters for film and television. As a puppeteer, career highlights include 23 seasons of Sesame Street, Oobi, The Wubbulous World of Dr. Seuss, and several appearances on Last Week Tonight With John Oliver. Most recently, she performed the character of Peri and was the Puppeteer Captain for the upcoming Netflix series Julie’s Greenroom, starring Julie Andrews. Her voiceover credits include Nature Cat, Wallykazam!, and Sheep in the Big City, and a myriad of promos, commercials, video games, interactive products, demos, industrials, educational tools, and preschool audiobooks. Stephanie’s other work ranges from guest-starring in the musical episode of Scrubs, to pondering pop culture in VH1’s I Love the 70s Part II/I Love the 80s 3-D, to being a celebrity player on the game show Pyramid, where she helped her contestants win $20,000. In 2015, she single-handedly made 9 short episodes of Chimpy and Pansy, an original stop-motion web series. Stephanie has produced and edited several video compilation reels for the Jim Henson Legacy’s screening series and assisted in editing many presentations for the Museum of the Moving Image in Astoria, NY. She also co-produced and co-edited all of the exhibit reels in the new Henson Wing at Atlanta’s Center for Puppetry Arts. A former Burger King Employee of the Month, Stephanie resides in New York City with her husband, Emmy-nominated producer, editor and writer Craig Shemin (C 88).

Nina Meehan is a founding company member of Bay Area Children’s Theatre where she has directed numerous productions including The Day the Crayons Quit, the Musical, James and the Giant Peach, Fly Guy, the Musical and Goodnight Goodnig 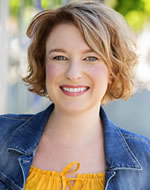 ht Construction Site, the Musical. She is a proud champion of new works for TYA and has produced original adaptations of Where the Mountain Meets the Moon (TBA award-winning production), Ivy+Bean, Ladybug Girl and many others. She is an award winning Youth Theatre Director and a TBA Award winning Director for her TYA work. Nina was recognized as one of the 35-faces of Theatre Bay Area and a “Mom who Rocks” by Red Tricycle. Nina proudly sits on the Theatre Services Committee for Theatre Bay Area and the Board of Directors for TYA/USA. Nina received her BS in Theatre from Northwestern University and her Masters in Nonprofit Administration from the University of San Francisco. She is mom to Toby (age 9), Robby (age 6) and Meadow (age 2). 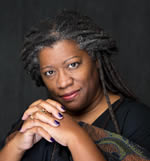 Master storyteller Donna Washington graduated from Northwestern University with a Bachelor’s of Science in Speech in 1989. Since then she has traveled across the world performing as a storyteller and presenting workshops about the inextricable link between storytelling and literacy. She has been featured at the National Storytelling Festival in Jonesborough, TN as well as hundreds of festivals across the country. She has performed in thousands of schools and libraries, and keynotes many conferences on the importance of storytelling and early literacy, using hospice stories for healing and closure, and employing storytelling as an educational tool in the classroom. Donna’s nine storytelling CDs have garnered over twenty-four awards, including Golden and Silver Parent’s Choice awards, Storytelling World and Honor Awards, Children’s Music Web Awards, and National Parenting Publication Awards.  She has authored numerous articles about using storytelling in both performance and in the classroom including contributions to the National Storytelling World Winning manual Social Studies In The Storytelling Classroom, edited by Sherry Norfolk and Jane Stenson. She writes a popular storytelling blog called Language, Literacy and Storytelling, and contributes pieces to other blog sites as well. Donna is also a member of the editorial committee for the National Association of Black Storytellers, and has served as president of the North Carolina Storytelling Guild. She is the author of five books for children. HarperCollins Children’s Books published A Pride of African Tales and The Story of Kwanzaa. Katherine Tegen Books – an imprint of HarperCollins- published Li’l Rabbit’s Kwanzaa. Jump at the Sun – and imprint of Disney- published A Big Spooky House. Peach Tree Press will be publishing her next book, Curly Locks and The Three Scares. She lives in Durham, NC with her amazing husband who is also her manager, and her two cats. 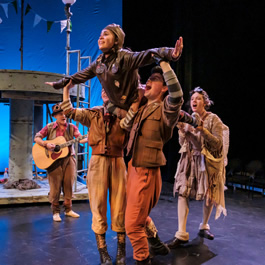 Open to all SoC students.

To declare the module, first complete one of the two required courses (347 or 348-1), then schedule an appointment with the module advisor, Roxane Heinze-Bradshaw by calling 847-491-7214.